An adult injured by negligence typically files a personal injury claim against an at-fault party. However, on occasion, a child is injured in an accident caused by a negligent person or entity. When this happens, the law has made provisions for ensuring that a child gets the compensation they deserve. Since children lack the ability to make judgments as adults do, the provisions make certain the playing field is leveled.

An accident injury can seriously affect a child, resulting in pain, possible disability and emotional/psychological problems. It is only fair that the child’s claim is treated properly. However, since the laws governing a minor’s lawsuit differ from the norm, it is important to retain an attorney who has the legal experience to handle this type of case.

Children have the same right to recoup damages as anyone else. They can obtain compensation for pain and suffering, and disability. Their parents can also file a claim for the cost of medical care the child received. In most jurisdictions, a minor is considered anyone under 18 years of age. Let’s take an in-depth look at the differences between a claim filed by an adult and one involving a minor. 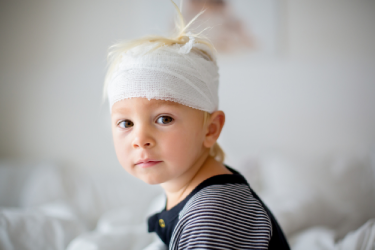 In every state, the time an injured party must file a claim is limited by state law. This deadline, called the statute of limitation, differs from place to place according to jurisdiction.

If the claim is not filed within the prescribed period, the case will not be heard in court. Occasionally, there are extenuating circumstances, but for the most part, claimants are held to this time limit.

In the case of a minor, the statute of limitation is delayed until the child has reached 18. For instance, if you live in a state that provides a two-year statute of limitation if you were injured in a car accident, you have exactly 24 months to file. However, if you are injured when you were two years old, the time is paused for 16 years. From that point on, the clock will start ticking.

If the state allows an injured party an extension of the deadline to file a lawsuit, so that it begins when the injury is discovered, this potentially could add additional time to file. Although having more time to file can be seen as an advantage, it also may have a downside.

The longer you wait to file a claim, the harder it can be to prove negligence. Not only may evidence disappear but the principles involved in the claim may leave the state or die. If they leave, it is possible to track them down and, in the case of a death, the lawsuit may be filed against the person’s estate.

Children Cannot File a Personal Injury Claim on Their Own

Is It a Good Idea to Have a Parent or Guardian Represent the Child Without an Attorney?

While the guardian ad litem or a parent have the best interests of the child at heart, they can and do make mistakes in a personal injury case, resulting in a lower settlement.

This is due to a lack of legal training and experience. An attorney can bridge this gap and work along with the guardian ad litem or parent to achieve the best possible outcome.

The Compensation May Be Different

The compensation a child receives differs in two ways: lost wages and damages awarded for work done around the home. However, they can still collect for the following:

Deposition of the Award

If the case is settled, the funds are usually placed in a trust until the child turns 18. However, in some cases, the parents may receive monetary repayment for medical care.

If your child is involved in an accident, contact The Platta Law Firm. We are experienced in helping families through this difficult time and ensuring that their child is compensated for injuries. You can reach us at (212) 514-5100 or online.